Vicho Vicencio is a musician whose career has taken him around the world. Since 1980 Vicho lives and works in the Dallas area of the USA. Vicho studied theory, woodwinds and saxophones privately in Vina del Mar (Chile), his birth place, and later in Barcelona (Spain). Soon after finishing school he joined Chile's top dance and show orchestra HUAMBALY, and toured extensively through South America and Europe. After touring with Huambaly Vicho stayed in the Old Continent and worked in Spain, Italy, Scandinavia and Switzerland. He joined the Swiss Radio Light Music Orchestra based in Zurich and became one of the ensemble's main soloists, leading also his own radio combo specializing in Brazillian-style Jazz and American Standards. In the late Seventies Vicho Vicencio relocated to the USA. Later, along with other South American colleagues, he accepted a long term engagement at an Austin, Texas renowned club, The Treehouse. At the completion of that engagement Vicho settled down with his family in Dallas. He rapidly assimilated into the Metroplex's rich musical environment, teaching woodwinds and performing with the finest bands in his new home town. He organized several successful group under his own name (later under "Moondance") and has performed at numerous festivals, convention and corporate events, clubs and private perties since 1982. He organized several successful groups under his own name, later under "Moondance Combos and Orchestra", and has performed at numerous festivals, corporate events, clubs and private parties. 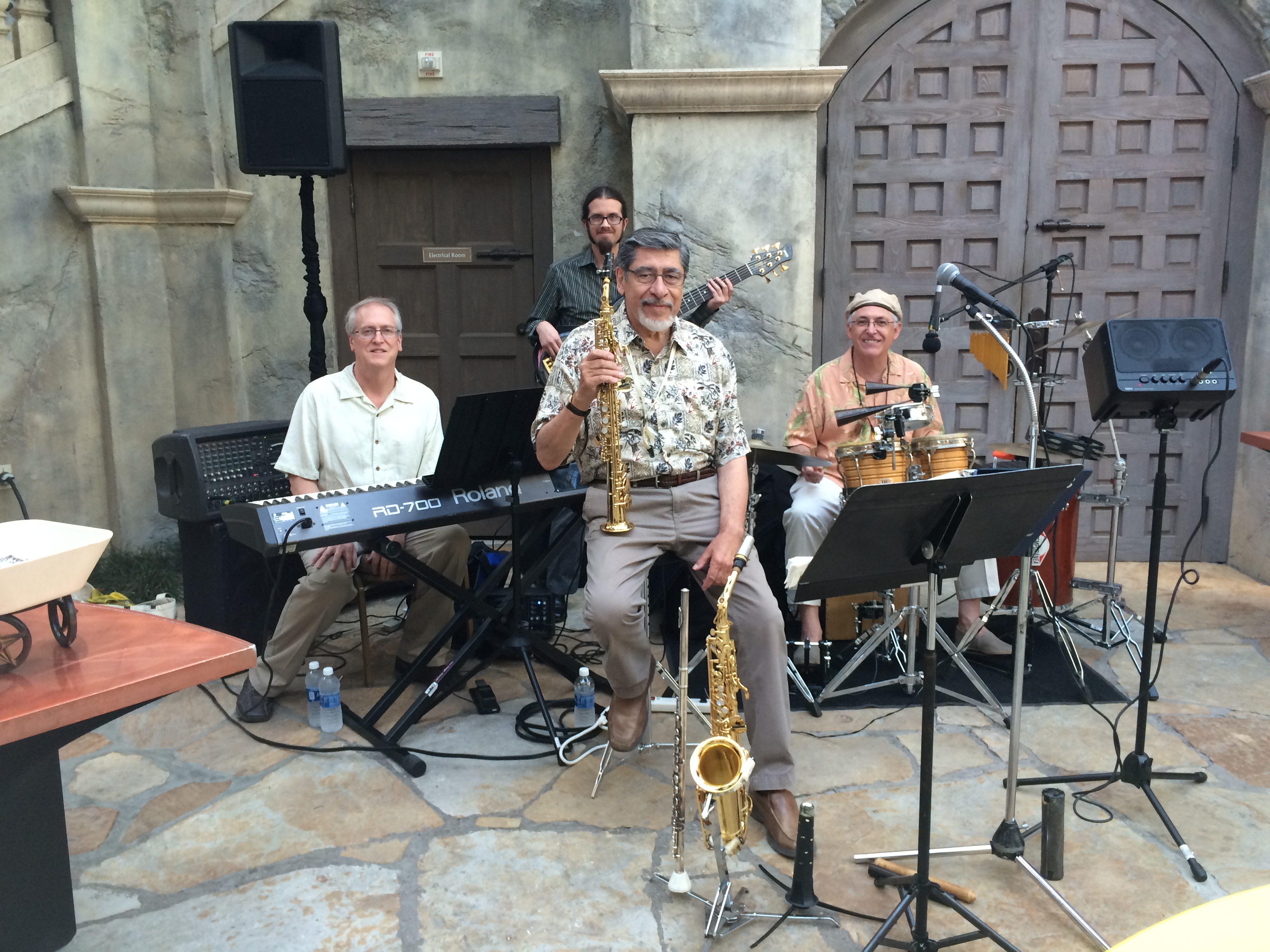