Sonny is a true Traditional Country Music Artist. The natural ease he exudes on stage is a hint that this ain't his first rodeo. He is a CMA Artist Winner and Texas Country Music Hall of Famer. His discography of four releases has scored 11 top 10’s in the Texas Country Music Charts Burgess has hosted the Nashville Fan Fair/CMA Music Festival and the International Music Awards. He has played the Grand Old Opry on several occasions and walked the Red Carpet at the American Country Music Awards. In addition he has played three times for former President George W. Bush during his campaign trail (twice in Iowa and once in Ohio). He's built his career in Texas and Tennessee bringing inevitable good lessons hard earned. Standing here today Sonny demonstrates that what doesn't kill you makes you stronger. Born and raised in Cleburne, Texas he grew up listening to the music of George Strait, Hank Williams, Chet Atkins, Roy Clark and Glen Campbell. These Country Stars had a big influence on him and from his first performance on stage in the second grade, Burgess knew that he loved the stage and sharing his natural ability to play and sing was the path for him. "I remember it was the only time I got the attention of my first real crush," jokes Sonny. "But it was really the reaction of my peers and teachers that made me feel like this was something I really wanted to do for the rest of my life." During high school he excelled in sports, from playing as a quarterback in football the pitcher on the baseball team. Whether on the field or on the stage, performing was at the heart of his life. Graduation came and along with that a crossroads between baseball or music. Winning a scholarship from Trinity University made the choice baseball. While attending, off the diamond, Sonny was working diligently on his studies. He majored in physical education and minored in biology. On the diamond, he was a pitcher and third baseman. His aptitude in baseball was impressive enough to garner attention from the AA league; after earning his degree he played professionally for about two years with the San Antonio Dodgers. Meanwhile, he continued playing music in his spare time and his passion for music led him to realize that professional baseball was not the career endeavor meant for him. He made the decision to follow his love for music and while doing so met life's relentless responsibilities in a hodge-podge of jobs. These included substitute teaching, being an electrician, a railroad worker, even a swimming pool installer. They all fed the family and the dream of being an artist. Through all the changes the one thing that took center stage was playing music whenever, wherever and however he could. "We'd always do what we had to do to make it work" Sonny recalls. "one time my band and I played three gigs in one day. It was one of those seemed like a good idea at the time things. We kicked off the first one at about 10 AM just rearin' up like bulls. We damn near dropped dead about 2 AM the next morning finishing the last one." His catalog of albums includes four stellar releases When In Texas, Stronger, Have You Got A Song Like That and his newest addition All About The Ride. The constant flow of hit singles from these releases include "Cowboy Cool," "The More I'm Around Some People (The More I Like My Dog," "Jesus and Bartenders," "When In Texas," "Little Bit Stronger," "She Don't Make It Easy, "All Kinds Of Beautiful" and most recent "Dang Good Thing" from his latest release. From the twinkle in his eye to the firm handshake, it is easy to see that Sonny Burgess is a true traditional country artist with a heart as big as his home state of texas. 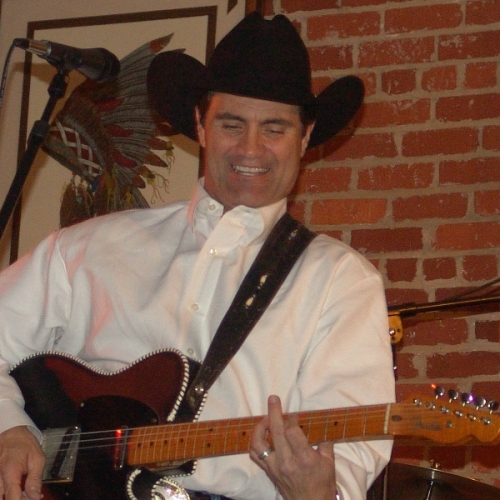