Let the Tall Tales live with Cowboy Shiny Buzzard and Arthurian teller, Medieval Max (Maximus). Both of these characters performing in the costume that their time period represents bring to life fun and exiting tall tales. Shiny Buzzard with his itty bitty guitar brings to life stories of the old west newly written by the Storyman himself and keeping within the tradition of tall tales. Medieval Max takes a turn at the Arthurian tales giving them a new twist and enlarging on them considerably, giving new life to old stories and making them new and exciting for modern day audiences. When it comes to Ghost Tales there are few as exciting a ghost story teller as The Storyman. When Elizabeth Ellis asked Gary to perform at the 2013 Tejas Storytelling Festival in Denton Texas she later said of his performance “ A fantastic addition to the line up.” Gary Whitaker can deliver fun, drama and scares when it comes to ghost stories. In addition to the above he also specializes in Irish storytelling. He has been a regular at the North Texas Irish Festival for the last 10 years. There is also his Civil War Veteran program based on the writings of Sam Watkins and his introductory program to Beowulf called Beowulf Retold of which he has produced a DVD which delivers a full retelling of this ancient text. Plus several special programs, such as Legend of Sleepy Hollow and a program based on his CD Summer of the Red Dragon. And for those seeking some family storytelling check out his Fire Pit Tales program. Gary the Storyman, presents a new storytelling program; Tall Tales Told by Shiny Buzzard A Cowboy of the Old West.This is a series of all new stories, written by Gary Whitaker, utilizing the tall tale format based on his new character Shiny Buzzard. These fun old west tales performed in costume bring to life wild experiences that fire up the IMAGINATION ! 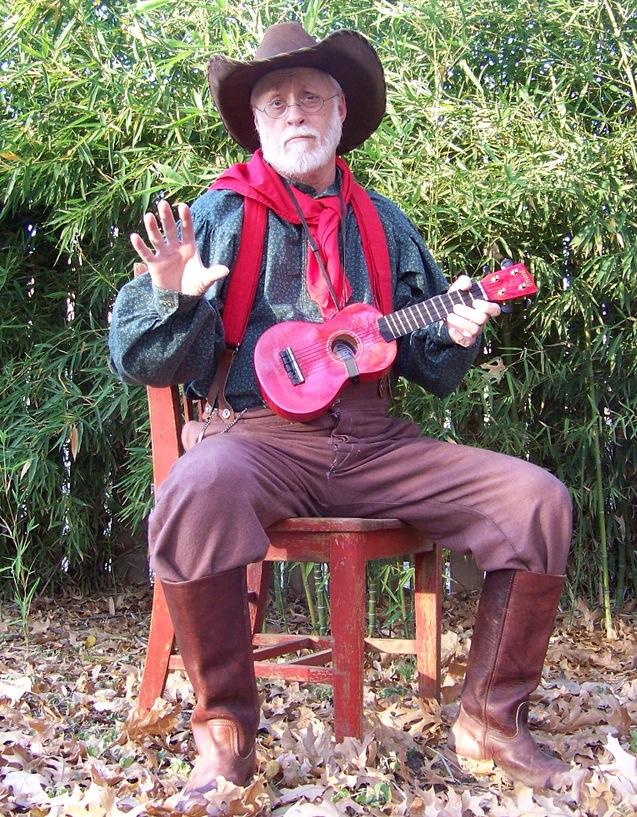