4 EY is an exciting a cappella group from the Dallas/Fort Worth Metroplex which specializes in 50s and 60s style Rock-n-Roll music. They pay tribute to those fabulous doo-wop vocal groups from that era with the sweetest four-part close harmony this side of the Brooklyn Bridge. The group's repertoire consists mostly of Rock-n-Roll classics, all arranged by the group in its own unique style. The group was formed in 1997. While other groups have come and gone during that time, 4 EY continues to add new songs and fine tune its repertoire to become more and more polished and entertaining. The group enjoys an active performance schedule, regularly entertaining folks at private parties, corporate events, banquets, restaurants, and conventions. The group has performed at a variety of venues, with notable public engagements at The Ballpark in Arlington, Dallas Convention Center, Fair Park, and Morton H. Meyerson Symphony Center, and a featured television appearance on Channel 21 (UPN/KTXA). Corporate clients include Exxon Mobil, Southwest Airlines, and TXU Electric. Although they perform regularly as an a cappella group, in 2012, 4 EY joined forces with a band consisting of guitar, bass, saxophone, and drums, for occasions requiring a full 50s band experience. The combined group, 4 EY and the Reflections, has performed at events including GrapeFest, the Sounds of Lewisville concert series, Coppell Music in the Plaza Series, and Keller Crawfish Krawl, to name a few. With their thrilling doo-wop sound, 4 EY is sure to transform any event in a Blast From the Past! 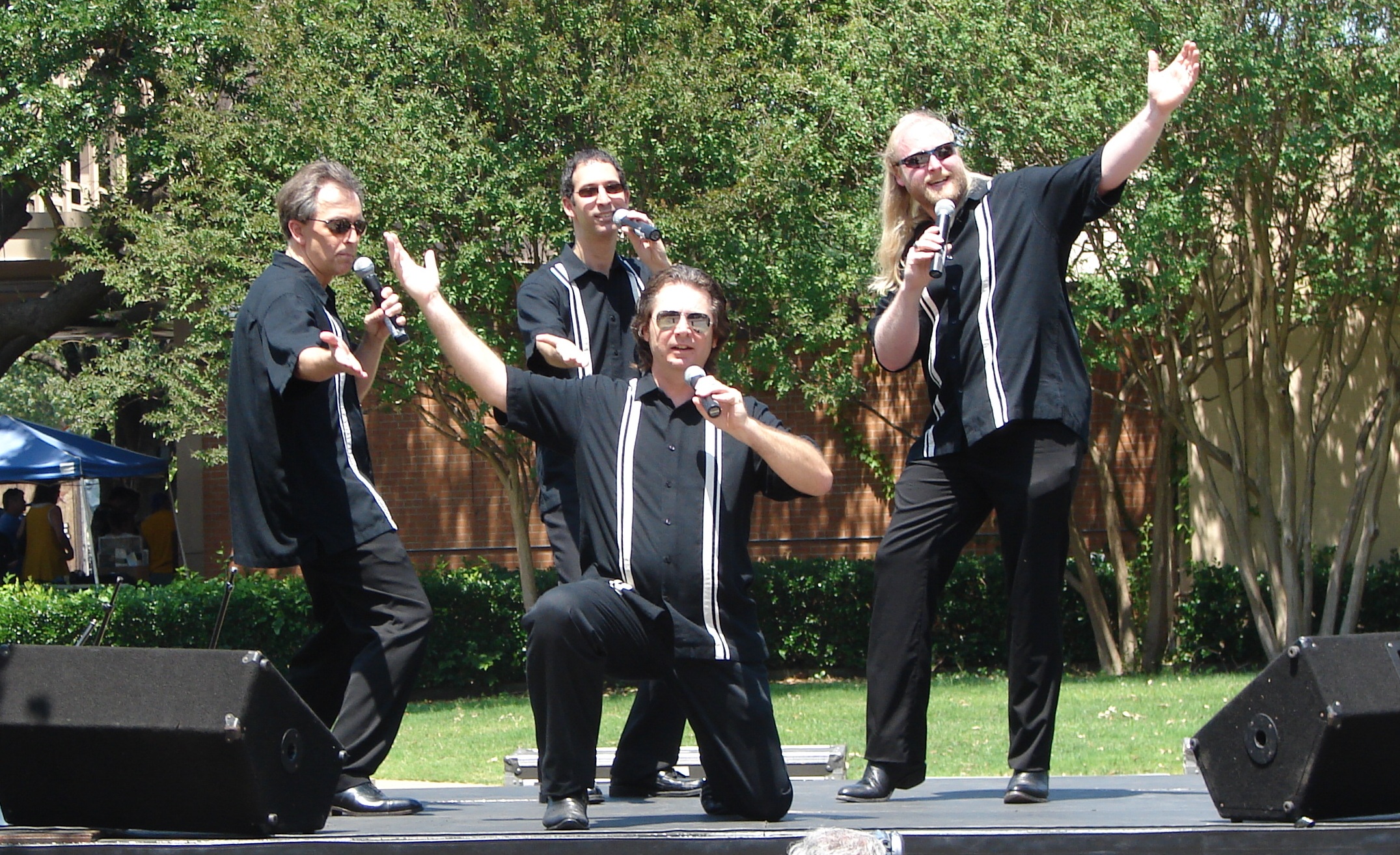