Jeanie Perkins ……is a career pianist, singer and entertainer. For 12 years, she was the Pianist at Marriott’s Grand Hotel in their Four Diamond Grand Dining Room, entertaining some of the most sophisticated audiences in the world. Originally from the New Orleans North Shore, Jeanie is a graduate of the University of North Texas School of Music and has performed extensively throughout the United States. As Keyboardist for the L.A.-based, unplugged era rock band "Jump in the Water", Jeanie performed regularly in Los Angeles helping them to acquire recording contracts with MCA records and Mercury/Polygram. Winner of the B.W. Stevenson Songwriting Award and two-time Kerrville New Folk Finalist, Former Staff Songwriter in Nashville, and children’s Songwriter for Word Records….. Jeanie has numerous songs in world-wide circulation. Her own album projects include her signature project of jazz standards, "Jeanie Perkins at the Grand”, her biographical Americana album, "Lies and Lace," and her marvelous children’s album, “Songs to Grow By" which was recommended for a Grammy Nomination. She has also contributed her talents to dozens of worthy projects for others. Jeanie’s past projects include: “Safari”, “Five Easy Pieces”, “Windjammers”, “Two Five One”, “Whistlin’ Dixie”, “The Jeanie Perkins Trio”, and “Babylon Sisters.” Jeanie played extensively in Dallas for 20 wonderful years and has just returned to the Emerald City. She is excited to once again be available for nation-wide booking. To book Jeanie Perkins and make your occasion stellar by adding the very finest in musical entertainment call Encore at 972)675-0176 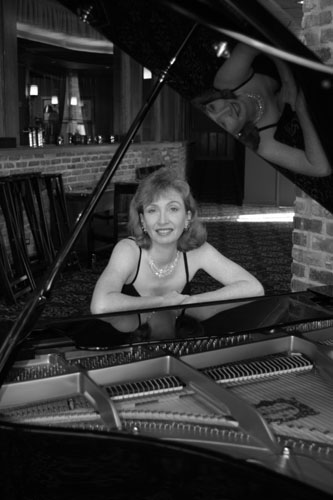