Rhett is the Obsessive-Compulsive Guitarist. In 1987 he received his first guitar for Christmas. As his primary antidote against the pain and fear that he felt through his brother's bouts with cancer, Rhett retreated into the instrument. What blossomed was a fiery work ethic that is reflected in his mastery of multiple styles and his passionate performances. Rhett was admitted to the prestigious jazz program at the University of North Texas in 1993. Early on, Rhett developed a trademark hammer-on style that allows him to play two guitars at once by fingering each of their fret boards, coaxing filigreed harmonies and shimmering melodies without needing to strum. Though Rhett is most well known for playing two guitars at once, don't make the mistake of trying to classify him as a gimmick performer or a one trick pony. He regularly features five or six different guitars during his performances. Rhett has performed with Tommy Emmanuel, Al DiMeola, Eric Johnson, Joe Satriani, Monte Montgomery, Larry Corryell, Tony Trischka, The California Guitar Trio, Carl Palmer, Andy Timmons and many other legends of instrumental music. He is among the next generation of Texas guitar heroes. 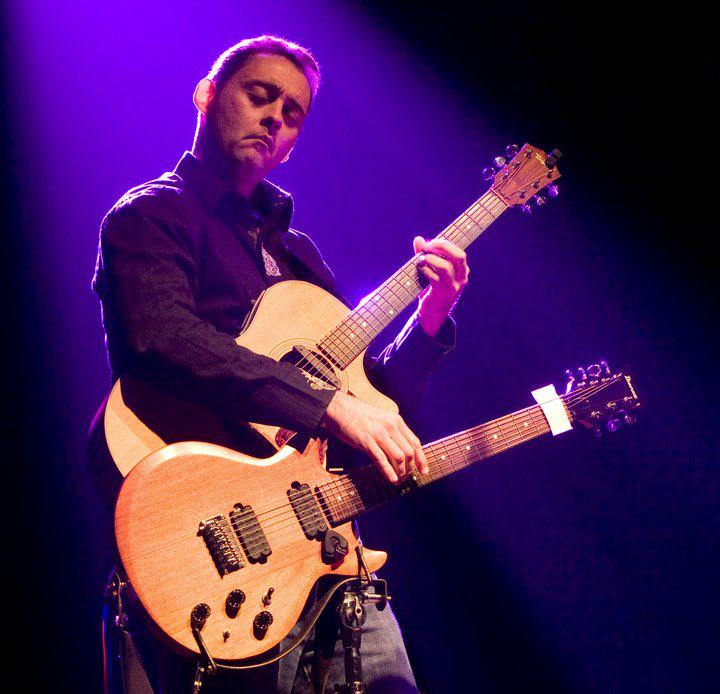