From soft and mellow to fiery and passionate, the music of David G. is an all acoustic, instrumental latin new age / nuevo flamenco style. Geared towards stage and theater, private and corporate parties, wine bars, bistros, and upscale restaurants as great background ambiance as a solo artist or as a full show experience with his entire band. ​David picked up the guitar at the age of 13 and quickly taught himself how to play. Starting out as a percussionist in middle school, he used his knowledge of music theory and applied it to the guitar. Over the years, he performed in various heavy metal bands, eventually helping to form the progressive metal band, Power of Omens. Releasing 2 international CDs, the band remained together for about 12 years before finally coming to an end in late 2005. During his time with the band, David also began working on solo material in a spanish new age jazz style. After the disbanding of Power of Omens, he began to follow his acousic writings on a more professional level and began performing on a regular basis through out the Dallas / Ft. Worth area. With a growing name in the music community, he has become a highly sought after performer and continues to build upon hs success. David has since release 2 independant CDs, and is currently working on his 3rd. 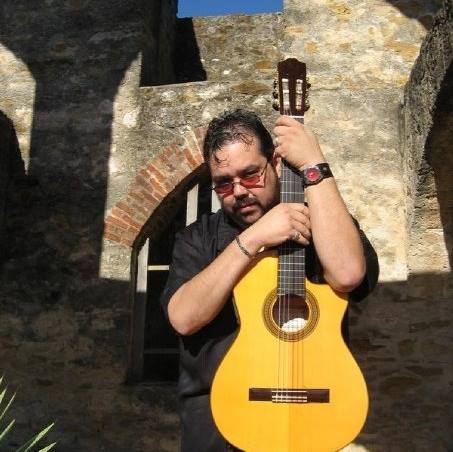