Intensity Entertainment built its foundation in the summer of 2011 with the innovative and cutting edge five-piece In10City Band. In10City quickly grew in popularity and size, to a ten-piece party band that is one of Texas' most sought after bands for weddings and private events. In 2013, Intensity Entertainment launched its six-piece band, Tenacity. Between the two, the company has done well over 100 weddings and corporate events in 2014, and has had a huge influence the Texas party band market. The intense energy and high quality production, accompanied by the most interactive show in the country, has fueled Intensity's unlikely rise to the top of an already overcrowded array of party bands and wedding bands in this market. You only have to catch our bands in action to quickly understand why!This incredibly versatile wedding and party band is hitting the scene in September, 2014, and is poised to become an overnight success. Due to the pre-release pricing incentives, Madison Avenue's calendar is already filling up quickly. CONTACT US today for more information and exciting details! 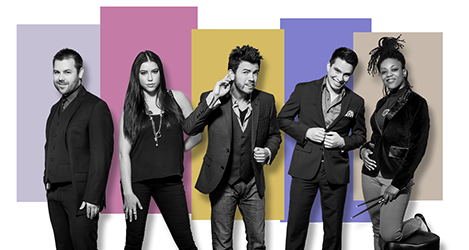