The Rich Lloyd Band was formed years ago in Dallas, Texas. With a versatile style of Classic Rock, Modern Dance, Country and Texas Music, Funk, and Blues, the band soon became popular in the Dallas Fort Worth Area. A Country Rock band in origin, the band's versatility began to cross over to other genres. Eventually the contagious mixture of music was heard in venues all over the country. The band dissolved when Lloyd was signed to a contract with Glen Campbell Music Company in Nashville, Tennessee. Lloyd continued his musical career as a successful songwriter, vocalist, studio musician, and performer in Nashville, performing in stadiums and arenas all over the world. Most notably, Lloyd provided his backup vocals for Country Rock sensation Travis Tritt on the album "My Honky Tonk History" on Columbia Records. Lloyd continued to thrive as a vocalist and musician by appearing on several television productions such as "Live At The Grand Ole Opry" and "The CMA Awards Show" on ABC. He also was in the "American Idol" clone "Nashville Star" on the USA Network. Longing for the comfort of home and family, Lloyd moved his family back to Dallas for a change and fresh start. He immediately began playing different venues and events as a side musician and built a reputation as an accomplished singer/guitarist in the local scene over the next few years. In that short time, Lloyd has performed frequently in such venues as Sherlock's, Sambuca, Down Under, and Memphis Lounge, as well as countless weddings and corporate events. 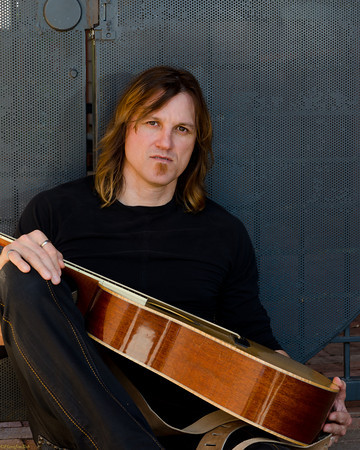