Hickory Hill includes John Early, guitar; Bob Stegall, bass; Wes Perry, banjo; Michael Morrison, mandolin and guitar; and Milo Deering on fiddle and most other things with strings. John sings most of the lead vocals, with Wes, Michael and Milo adding harmony vocals and occasional leads. Michael agreed to step in to fill a very empty spot left after the devastating passing of their last most recent addition, Jake Jenkins. Jake was an extraordinary talent who they felt fortunate to have join them on banjo, guitar and vocals toward the end of 2009 when original member and banjoist-vocalist Don Eaves decided to retire from performing. They lost Jake, who was only forty years of age, to a tragic airplane accident. So now, missing both of their former banjoists, Wes has moved from mandolin to banjo to fill that vacancy with Michael taking over Wes' former mandolin role. But they continue to appreciate the important contributions of both of their former banjo men. Milo is the most recent addition, beginning a regular role in the summer of 2012. One of the most sought after musicians in the Dallas area, the rest of the band is thrilled by his interest in being a part of the Hickory Hill family. A good friend for a number of years, he brings a new level of magic to their music. 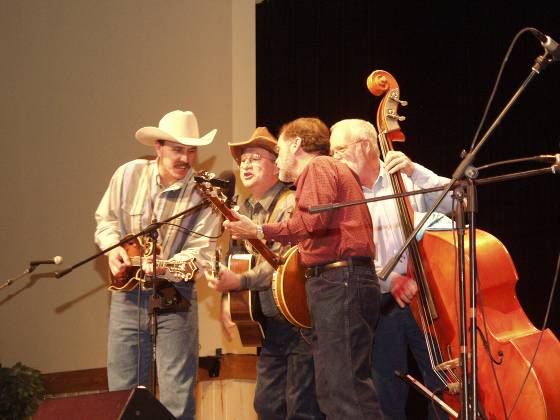