For more than eight years now, standing-room-only crowds have been lining up to hear the band Fingerprints at clubs and music festivals throughout the Southwest. Since the 1991 release of their self-titled cd/cassette, Fingerprints, the Dallas based sextet has expanded its range, garnering regular airplay on jazz and NAC radio stations from Dallas to San Francisco to New York City. This increased exposure has earned Fingerprints critical raves and many thousands of loyal fans across the country. Fingerprints was founded in 1986 while two of its members were students at UNT. It has matured and grown over the past several years to become what it is today. Finally, the rest of the world is discovering what the south has secretly enjoyed for years. 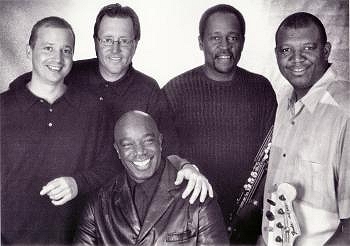