Nick Ballarini, accordionist and bandleader, is one of the area's most versatile musicians. Nick has become a favorite of accordion clubs around the country. As well as playing weddings, corporate events and jazz festivals, he also plays his accordion at Irish, French, Italian and German themed events. His repertoire ranges from classical to pop to the many ethnic styles associated with the accordion. During his career, Nick has played with many prominent musicians such as Luciano Pavarotti, Mel Torme and The Chieftans. Nick is available to play solo or with a band. 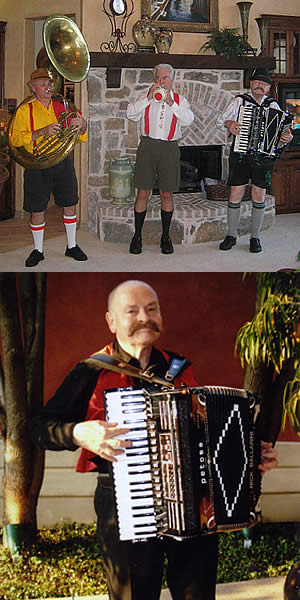