"The Special Edition Band" combines the talents, skills, versatility, rapport, professionalism, experience, passion, and exuberance of some of the absolutely finest vocalists and studio-musicians in the Southwest. “The Special Edition Band” performs a unique and vast array of classic to current music ranging from Pop hits, to R & B, to Jazz, to Latin, to Rock, that is custom tailored to each event and venue. The group is primarily available primarily in 9 and 10-piece configurations, including a spectacular horn-section, but smaller configurations can sometimes be engaged. The resumes of the performers runs an impressive gamut includes touring with artists such as Lee Ann Rhimes, Kirk Whalum, Tony Bennett, Woody Herman, Mel Torme, Kirk Franklin, Jerry Jeff Walker, Joe McBride, and others, as well as recording thousands of pieces of music for broadcast, to Music Director for Dallas' Crescent Court Hotel, to service on the jazz faculty at the University of North Texas, and more. Their ten+ years of successful engagements have included every high-profile venue in the DFW-area (and beyond), such as The Dallas Country Club, The Belo Mansion, Dallas and Fort Worth Petroleum Clubs, The Hotel St. Germain, Trophy Club, Timarron Country Club, Vaquero Golf Club, The Four Seasons Resort, The City Clubs of Dallas and Fort Worth, City Place, The Arlington Margarita Ball, The Four Seasons Resort, The City Club of Fort Worth, The Worthington-Renaissance Hotel, The Mansion on Turtle Creek, and many others. "The Special Edition Band" delivers the highest quality and most stylistic versatility of any musical unit available, with an extreme attention to detail and client service. Let them serve you when you want entertainment that's something special! 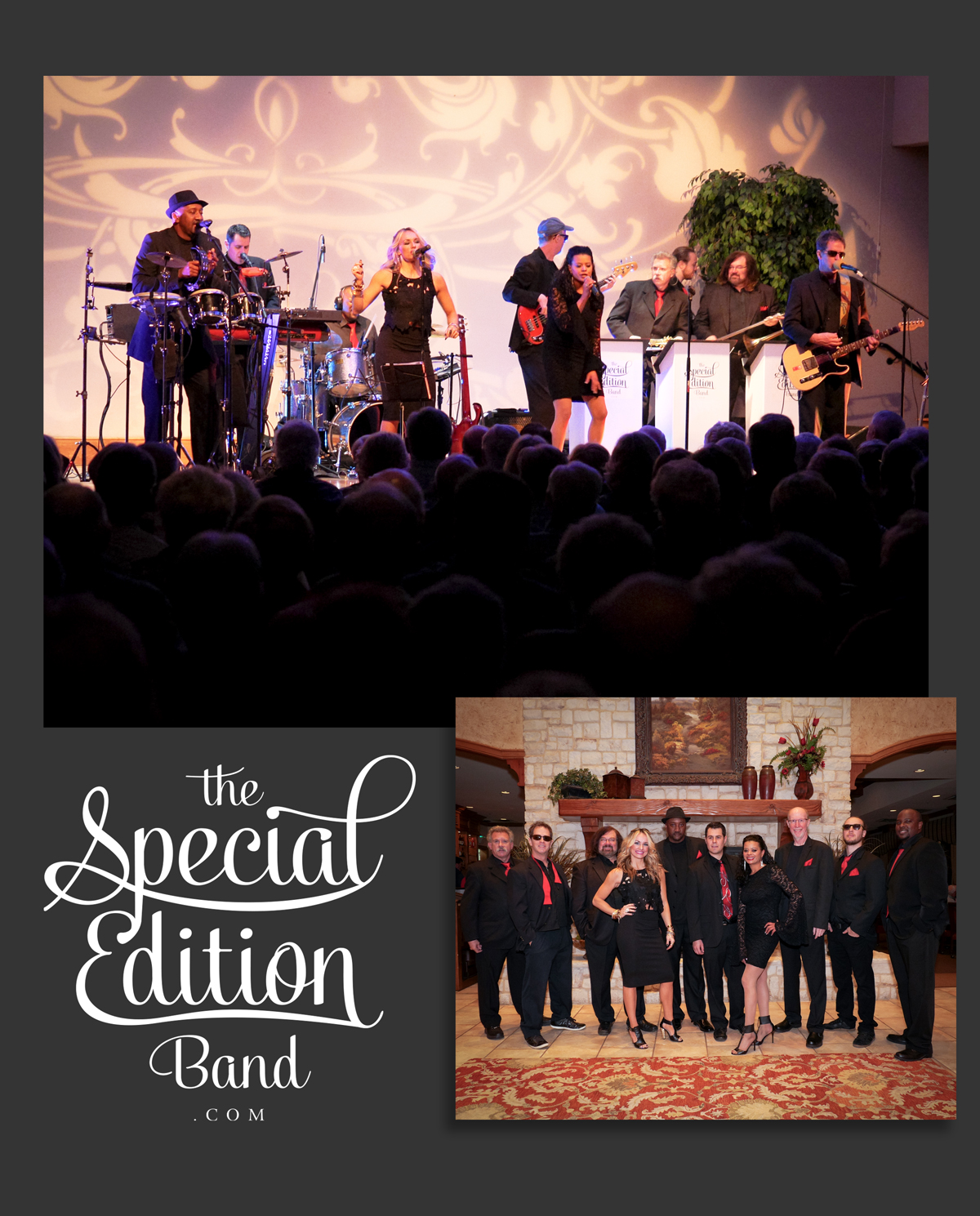